Hello my name is Peter Schultz and to understand why I founded this company—and why you might be interested in our programs—we need to go back a few years.

Way back in the mid-70s when I graduated from high school there was a huge oil boom going on in Alaska where I was raised. I had several buddies that were making big money as construction surveyors in the oil fields, and I wanted to do the same.

So I got in the Union and kept going to the hall looking for an opening, and finally a job came up that none of the more experienced guys wanted. I was pretty excited and got dispatched immediately to the remote Island of Adak—way out on the tip of the Aleutian Chain—where every storm that ever pummeled the west coast of the United States originates.

Just to give you an idea, across the wall inside the airport in Adak painted in big two foot high letters is this inscription: “When I die I don’t have to worry about going to hell because I’ve already done my time in Adak.”

Not the most reassuring thing to see for a fresh faced 19 year old kid getting off the plane. 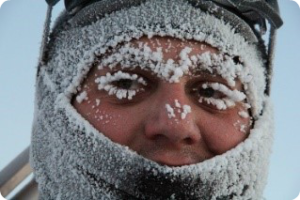 After that experience I soon got another assignment up on the North Slope of Alaska—way up on the Arctic Ocean–in the dead of winter. It was dark almost 24 hours a day, but it did get dusky right around noon—and then it was pitch black again–and so cold your eyes would freeze shut in the biting wind.

I’d pile all my cold weather gear on top of my blankets at night to try and stay warm lying there on my metal cot —and of course, like all of us, thoughts would go through my head before drifting off to sleep.

The main recurring theme was, “Is this it? Is this what working is all about? And is this what I have to look forward to for the next 30 or 40 years? Hard physical labor in the dark and cold suffering under alcoholic bosses that screamed stinking obscenities in your face through rotting teeth as they slowly lost their minds?”

Naturally my mental state began to deteriorate as I started thinking like a prisoner sentenced to life—I became obsessed with thoughts of escape. Only my prison didn’t have iron bars or stone walls—it consisted entirely of the ever-present and seemingly oppressive need to make money.

And that’s when the dominant thought that drives this business started to take root: “Could there be a way to get my money working hard enough so that I didn’t have to? If I found a good enough investment vehicle—could that possibly support me?” 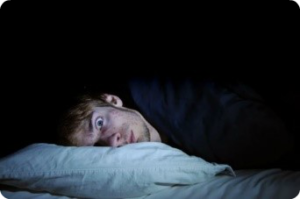 Even back then I realized that this investment cashflow didn’t have to replace my working income all at once—it could be built up over time. And the more capital I could accumulate–and the better I got at investing–the more of my working income I could replace until one day…

I could be free.

That thought gradually turned into an obsession. I invested in real estate, got involved in the commodities market when silver was sky-rocketing back in the early ‘80s, studied interest rates, learned about stock investing, read books on fundamental analysis, chart reading and pattern recognition–and finally discovered options in the mid-90s.

After some initial successes I got so immersed in options trading by 1997 that I became an instructor for a large financial publishing company delivering live seminars in two cities per week all over the United States. And when that company started to falter I started my own in 1999—the one you are looking at now.

We’re here for one reason—to discover, test and teach profitable investing ideas. But we’re really focused on one big idea—helping you develop a growing stream of passive cashflow—the kind that has nothing to do with trotting off to a job.

My personal goal—and the goal of everyone that works here—is to help you get to that tremendously liberating place where you have more passive income coming in, than expenses going out—a place we affectionately refer to as Cashflow Heaven.